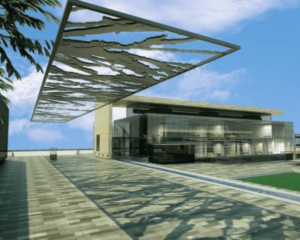 As we scaled-up from delivering individual buildings that offer passive sustainable solutions through climatic responsive design in arid desert conditions, tangram commenced to extend this action research with the development of larger, campus-based solutions. Expanding to address efficiencies that can be drawn from grouping together a series of buildings where resources, operation and costs can be shared, and where a collective approach to the public realm can be realised, determining not only the environment internally, but also externally. Offering much-needed shaded access and movement around and across the campus facility and creating a micro-climate within the confines of the development to promote an improved external as well as internal environment for the health and wellness of the campus occupants, and for the performance of the buildings realised.

In the Western Desert of Abu Dhabi, we delivered a campus of buildings in support of the new civil nuclear power plants’ operations at Barakah for the Emirates Nuclear Energy Programme. This Emergency Response Centre comprises of an Emergency Operations Centre, Emergency Response Facility, Public Information Centre, and a Radio Chemistry Laboratory – RadLAB. 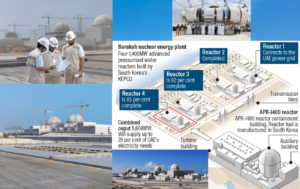 The nuclear energy programme is a critical component in the United Arab Emirates drive to decarbonise its’ economy and tackle its’ ever-growing capacity need for electricity which powers the energy grid along with all its’ desalination plants for the
countries growing potable water demand.
The UAE estimates that the four 1400 MWe nuclear reactor units at Barakah will produce 25% of its electricity at a quarter the traditional cost from gas, whilst the carbon saving costs will prove invaluable to the environment.
The new UAE Clean Energy Strategy announced in January 2017 involves investment of $163 billion by 2050 to achieve half of its energy being from nuclear power and renewables, 38% gas and 12% coal. 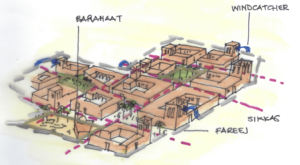 tangram built on its’ research and understanding of traditional desert urbanism for the contextually and climatically responsive master plan and design of this campus. Using local materials and introducing barahaat, fareej and sikka to form a traditional neighbourhood layout, stressing and connecting all elements to the community and open space. Creating spaces which respond to traditional and cultural requirements along with local customs and beliefs, whilst offering sustainable solutions to the growing complexity and challenges of contemporary end-user needs. Offering a 21st.
Century reinterpretation of local and traditional design, building techniques and practices, that emphasize and promote a built environment that sits within and works with its surrounding natural environment.

Key to this is our understanding of regionally traditional methods of development and consideration of how such traditional practices were formed and why they came to be in existence, then reinterpreting this to deliver with respect of such past understanding used to inform designs that reflect contemporary challenges, needs and building uses that are equipped to address future needs. Our studies, along with the inclusion of an array of passive and technological sustainable design solutions were developed and subsequently incorporated to deliver a regionally “first of its kind” solutions.
The RadLAB was the first building of the campus to be completed in 2015, designed to measure and analyse the metrics for the benchmarking and subsequent conducting of environmental and radiological rapid assessment methods for emergency response.
This is achieved through the modelling of the dispersion and transfer of radionuclides in the environment. Its’ completion was critical in commencing the timeline for the very first fuel burning cycle and ultimately the production of civil nuclear energy for the first
time in the Arab world.
The challenges to the viability of the scheme where exasperated by the nature of the radio-chemistry constraints of the radLab element. Due to the testing requirements, the constant measurement and monitoring of radionuclides within the environment, no calcium silicate (cementitious) material was permitted to be introduced into the construction of the laboratory portion of the facility, which formed a sizable content of the development. The requirement to maintain a radionuclide free environment and allow for modern state-of-the-art, technology led facility, resulted in a steel structured, glazed pavilion design to optimize the laboratory function and achieve a built environment to support the end-user activities. Locating such a solution in Abu Dhabi’s Western Desert, home to one of the world’s harshest climates, required the testing and reinterpretation of all passive and technology led propositions that could be appropriately considered given the project’s drivers. This development was designed to reflect ENEC’s directive to advance and promote the use of alternative energies, and has a design strategy which utilises a design approach embedded in traditional developments of the Gulf region. And which have proven effective over generations before becoming erased in more recent years as a more standardized international style was imported and introduced. Losing sight and understanding of why these traditional practices had evolved in response of environmental, cultural, and social needs 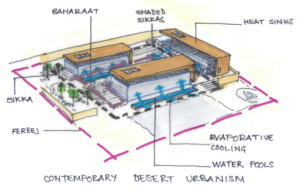 The buildings that comprise the complex have been positioned and designed in such a way to create an oasis in the desert setting, with a series of pavilions organised around a barahaat (community space) which is accessible to all using the campus.
Traditionally a space that promotes social interaction, creates security, clearly defines the public realm and maintains the privacy of sensitive operations. Ensuring that positioning within the site responds to the environmental conditions whilst maximising passive, traditional, sustainable design and practices.
Desert sand is sculpted to raise the compound off the ground and maximise wind infiltration from the nearby shoreline of the Arabian Gulf, creating a burjeel cooling system across, as it circulates around and through the campus, promoting a natural baghdeer system of ventilation as it moves around and through the buildings.
Passive sustainable practices handed down over generations are incorporated, to replicate the fareej (traditional neighbourhood system stressing a complete community) and sikka (the narrow, shaded pathways that link the occupants to the community). Both of which work to create natural shading and cooling across the entire development, linking people in the fareej with the barahaat, and thus the community
at large. Buildings are positioned to offer shade to pedestrians through passages which channel cool wind to the glazed facades, the pedestrian areas, and courtyards. These cooling winds are directed across water sources to collect droplets of water which are naturally carried and evaporate on impact to cool the high-performance glazed facades.
Traditional materials are used in a contemporary manner, including Limestone sandwich panels for the external spine of the buildings, specifically engineered for the scheme and which shades the roof of the buildings from the rays of the sun, provides thermal mass and storage to sink and dissipate heat during the cool evening period. A ‘spine’ that rises as a solid end wall and continues across the roof of each building provides cover to high level building services and mitigates solar gain when the sun is overhead. High-performance glazing is fritted and clad with contemporary mashrabiyas (solar and privacy screening panels), to shade and further reduce solar gain.
The scheme is a culmination of decades of practice, research and reinterpretation of local and traditional design and building techniques and methods, that emphasize and promote a built environment that sits within and works with its surrounding natural environment, offering a campus that is walkable, and human-centric, and connected to nature and it’s natural setting. The campus was designed to meet Abu Dhabi’s Estidama Pearl Rating System for sustainability of public buildings and passively harnesses the natural resources of its’ location, working with its’ natural environment to create contemporary facilities built on traditional desert urbanism.
The United Arab Emirates are now looking to phase out the ‘second generation’ buildings that were built on western models of urban design and their excessive reliance on conventional heating and cooling strategies. This new campus is intended to set a benchmark for the future development of the local community across the region. 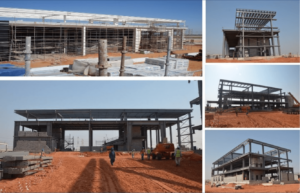 The campus design was driven by the very complex and often contradictory needs in the delivery of a radiochemistry laboratory within one of the world’s harshest environments are which were wide ranging. And, resulted in the need for the design to eliminate as far as is practicable, any cementitious products that are normally introduced during building construction.
Typically, laboratory facilities utilize energy for the power, extract, ventilation and cooling and water services 24/7 and for the whole year round to maximize costly programmed and equipment efficiencies in the pursuit of automated accuracy.
Resulting in the need to maximize passive sustainable systems and construction materials to support the introduction of a steel framed glass box, within a desert environment., master planned to promote local passive sustainable principles carried through from past generations.
The scheme design was recognised at MIPIM UK in 2015 by the Architects Journal for “UK Architecture of Tomorrow” category and upon completion at the end of 2015, the radLab was the winner of the “Sustainable Design of the Year”, at the Middle East Architect Awards, and was awarded the Silver Prize for the “Green Architecture Award”, at the International Design Awards in Los Angeles, 2016. 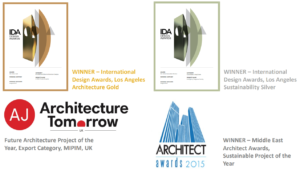 Within its’ first year of operation, Unit 1 of the Barakah Plant has generated more than 10.5 Terawatt hours of clean electricity, powering homes and businesses across the UAE, and enabling businesses to become more sustainable and access environmental, social, and governance (ESG) funding through clean energy certification. Unit 1 has also prevented the release of more than five million tonnes of
carbon emissions, equivalent to the emissions of more than one million cars driven for a year.
The Barakah Plant is leading the largest decarbonisation effort in the Arab World and sustainably and securely powering the UAE on its path to Net-Zero. 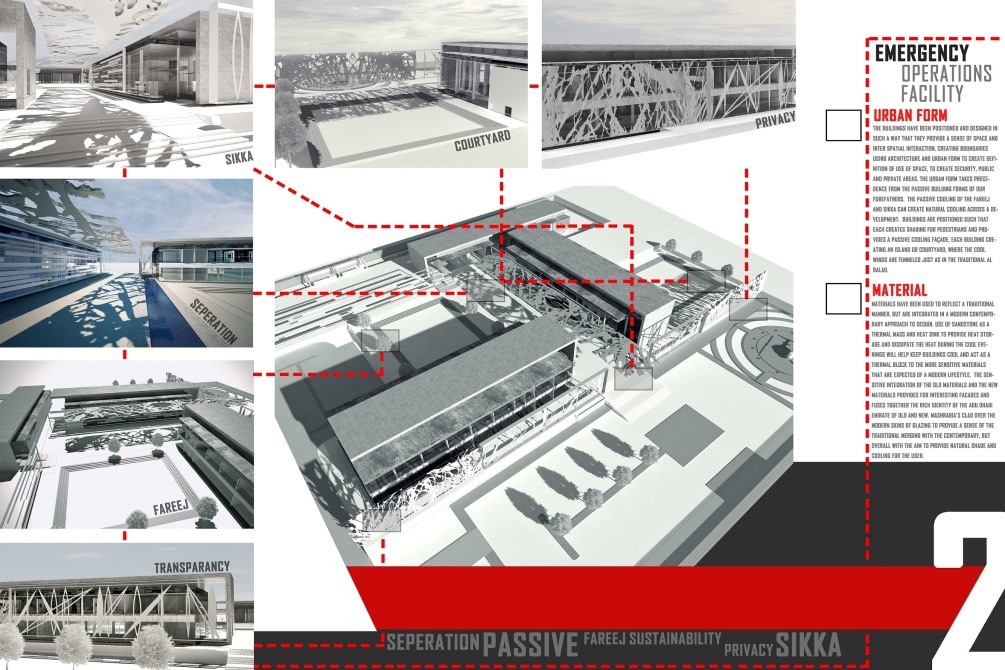 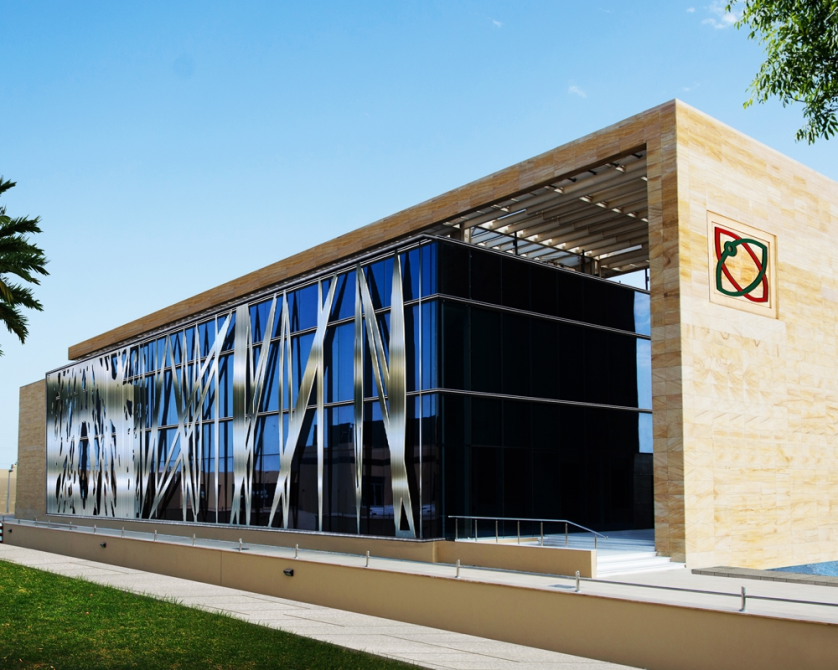 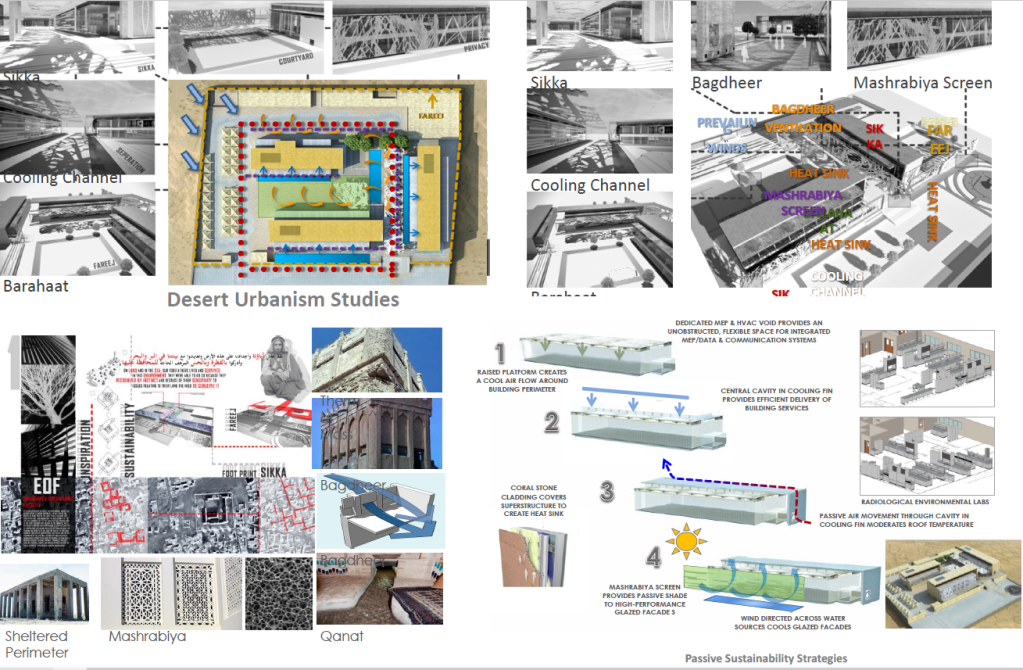 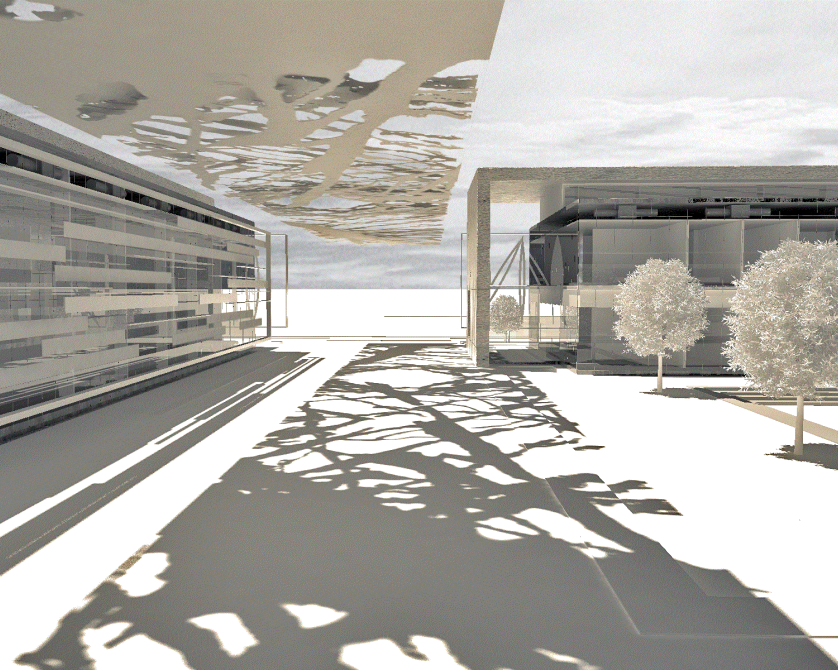 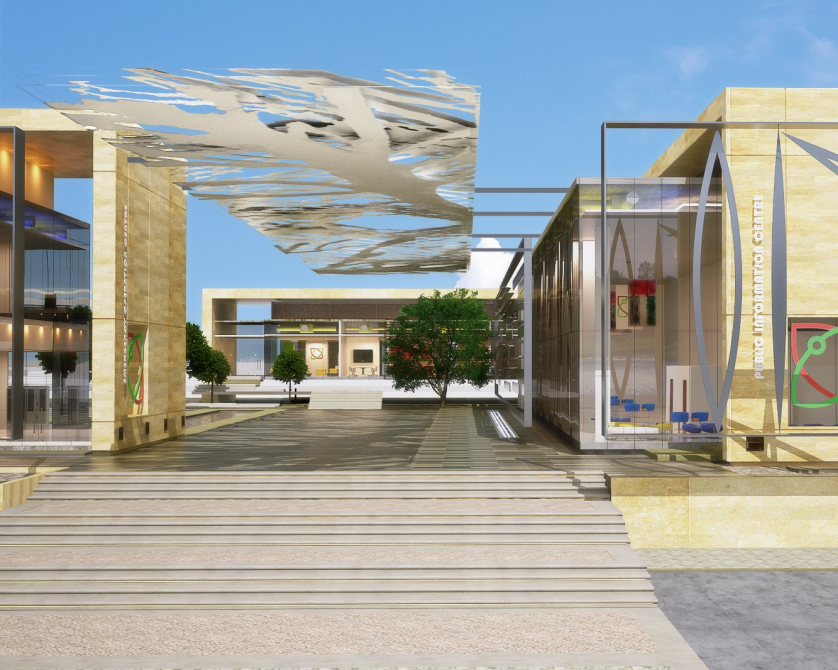 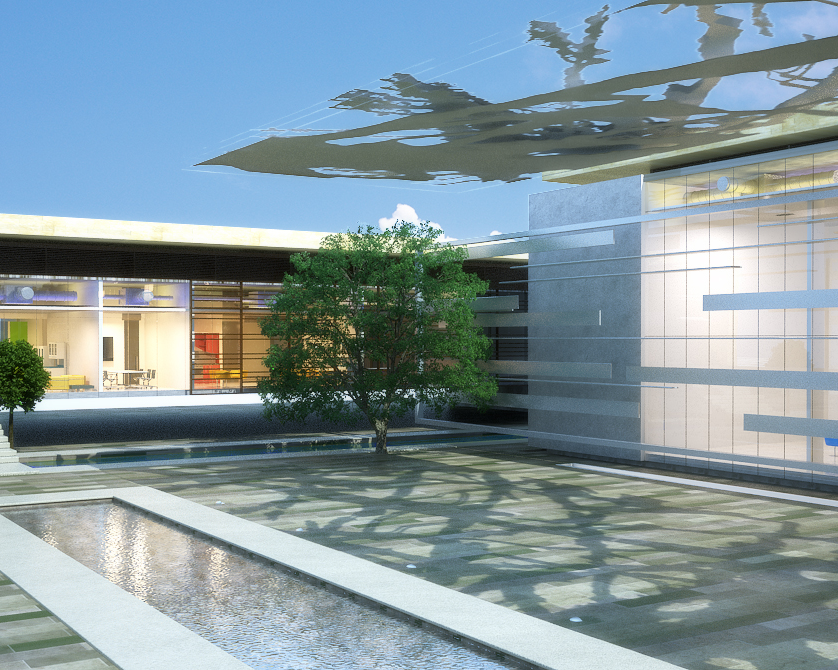 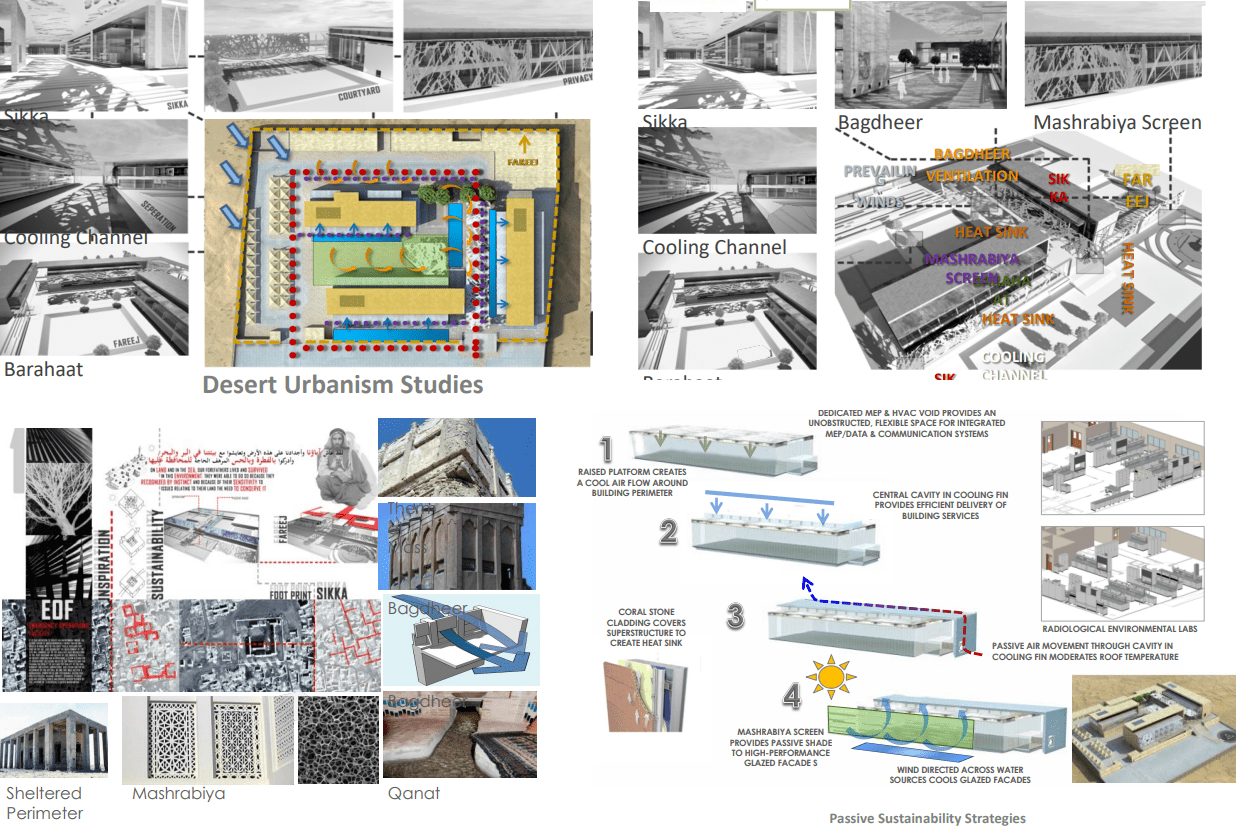 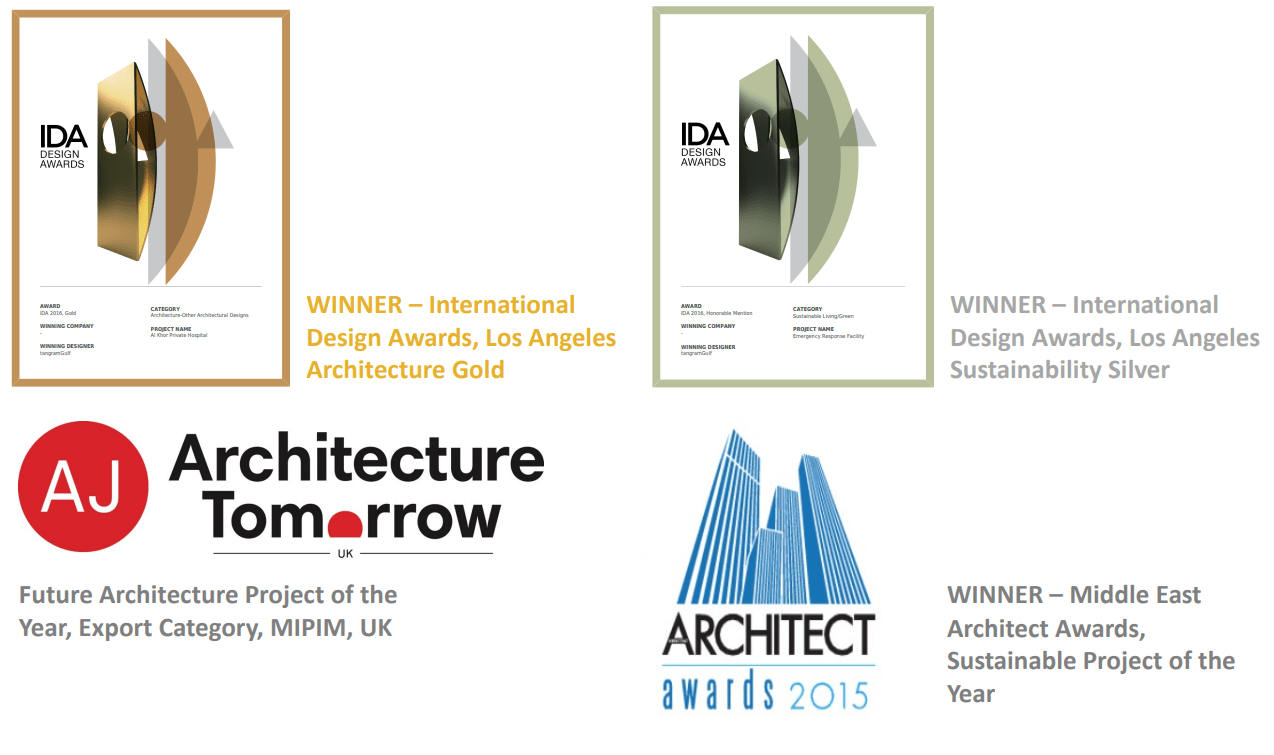 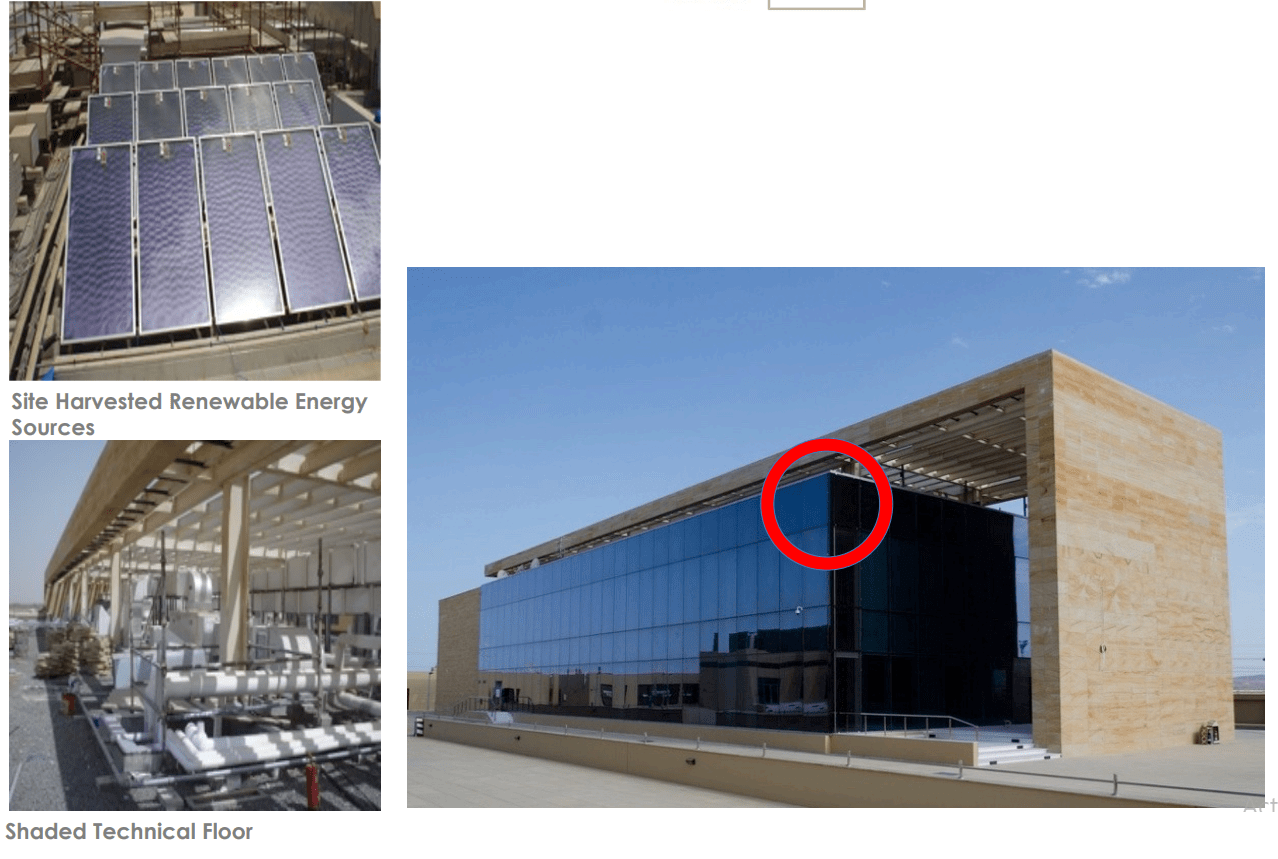