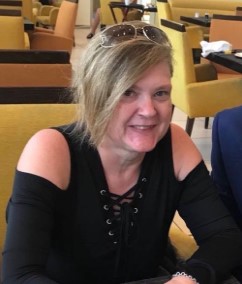 She is group Design Director of tangramGulf, one of the first RIBA accredited International Chartered Practices, running the design studio in Dubai, from where she undertakes diverse social infrastructure works across the region. Often delivering first-of-their-kind schemes which have brought the company many regional and international awards, including, six sustainability awards, for five different projects in four years and most recently, the “MENA Architecture Firm of the Year – 2019”, by the Middle East Economic Digest.

In October 2020, she founded the RIBA GCC Sustainability Group, through which she produces the RIBA’s ongoing Sustainability Design Series, to share awareness, knowledge, skills, and tools with built environment professionals across the GCC. Showcasing projects, procedures and strategies that will help us all meet the challenges faced delivering the United Nation’s Sustainable Development Goals across the region. Empowering and equipping peers to address, amongst others, the decarbonisation targets set out by individual GCC States, the most ambitious targets in the World, by offering a GCC specific route-map to do so.

In June this year, she was elected by RIBA Chartered members across the region to be the UAE Country Representative on the RIBA’s Gulf Chapter Committee, to represent the needs and interests of the Chapter’s largest contingent of chartered members.

She’s recognised for delivering regionally significant schemes that respect and respond to environmental, cultural, and social sustainability needs. She is committed to practice based actionable research, which shapes the innovative sustainability journey that her project work exemplifies.

Beyond any traditional architects’ role, Sandra’s career has been spent researching to improve the understanding of climatic responsive design in arid desert regions, for which she was awarded a Masters of Research in 2019 by the University of Liverpool (her home town). These studies have been continually formulated and tested over Sandra’s career by ongoing practice.

As a practicing architect with the responsibility for creating designs that have shaped some of the most influential and impactful regional programmes of a generation, including the development of the Dubai building design regulations and sustainability codes released last October (2020), where Sandra’s delivered the first green-roof Government building; developing a series of schemes that created the support facilities for the generation of civil nuclear power, and research proposals that demonstrated commercially viable alternative cooling systems and strategies for competition level, football stadiums, for next years FIFA World Cup Finals Tournament in Qatar.

Sandra’s work with and beyond tangram over this last generation has been of regional importance.

Sandra’s completed projects include the first government building in Dubai to implement green-roof technology, the first in a series of 11 community-based developments that she delivered in 7 years which facilitated and contributed to the influence and effecting of change to Government ecological policy. This sustainable trajectory produced the Dubai Green Building Codes (2010), which evolved to become the region’s only green building rating system, the Al Sa’fat, mandated for use in October 2020 to support the delivery of Dubai Government’s “Dubai 2040” comprehensive plan for sustainable urban development.

Going on to directly develop this technology further within a series of support buildings to be commissioned at the commencement of the Emirates Nuclear Energy Corporation’s new nuclear energy programme in Abu Dhabi. These designs were climatically responsive, using local materials and masterplanned following the locally traditional desert urbanization strategies incorporating the barahaat, fareej and sikka to form a traditional neighbourhood layout, stressing and connecting all components of the community to open space. And the burjeel to draw in and dissipate the shoreline prevailing winds into and around the campus to create improved comfort levels and to promote the health and wellbeing of building occupants.

The completion of this campus was reported nationally by ENEC, as being an important milestone, completed to the highest standards of quality and safety, and was commended by the International Atomic Energy Authority in its’ Emergency Preparedness Review, 2016.
From the strength of the pioneering sustainability aspects of the designs that she has delivered throughout her career, Sandra is now channelling her efforts to expand on this trajectory and utilise her knowledge and skills to empower and equip fellow built environment professionals in their delivery of the rigorous sustainability and ambitious decarbonisation targets set by the states across the GCC to meet the UN’s SDGs. 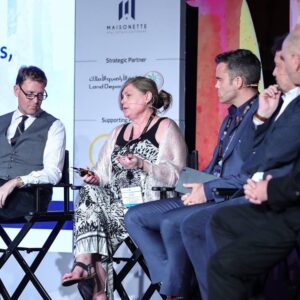 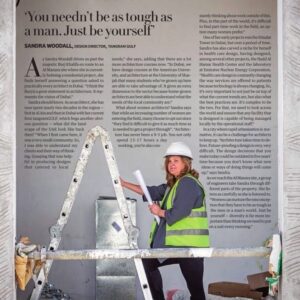 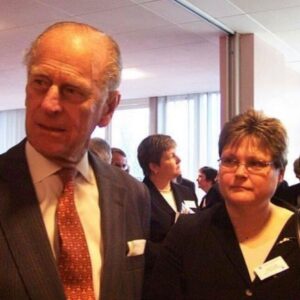 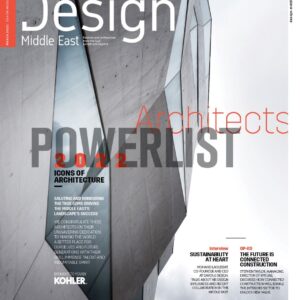 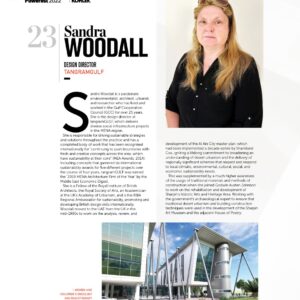 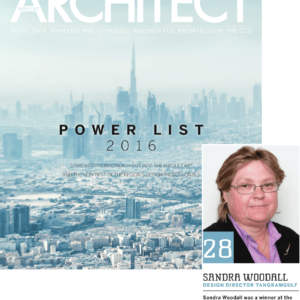 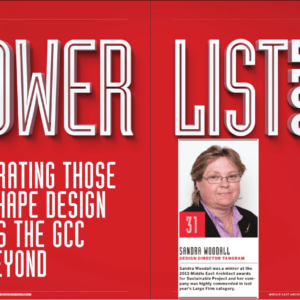